A few years back, I had my first experience as a solo traveler. After deciding to make a career switch, I was in need of a new adventure—and a new place in which to find some inspiration. Enter Midcoast Maine, the rocky stretch of coastline between Brunswick (the home of Bowdoin College) and the quaint towns of Rockland, Camden, Belfast, and Bucksport. With my surroundings as my only companion, it didn’t take long to fall in love with the Midcoast’s picturesque villages, beautiful harbors, and secluded coastal trails. Thus, every autumn, I make the pilgrimage back to this special piece of country northeast of Portland, eager to soak up the views along Route One and eat some of the best farm-to-table cuisine on the east coast.

Plant your weekend roots near Camden, a small harbor town home to some of Maine’s most beautiful bed & breakfasts. A shining star among them is the Whitehall Inn, an impossibly charming (and surprisingly affordable) 45-room inn that has been welcoming guests since 1901. From there, you’ll be a stone’s throw from downtown Camden—and only a relaxing drive from dozens of Maine’s most unforgettable vistas.

So if you’re in the mood for some R&R on the shores of Penobscot Bay, here are some of my favorite ways to spend three days.

Begin your visit to the Midcoast in Bath, a gem of 19th century architecture on the banks of the Kennebec River. Although summer visitors flock to the town’s shops and galleries, it’s the shipbuilding giant Bath Iron Works that has been the beating heart of the region since 1884. The famed shipyard has built and designed battleships, frigates, cruisers, and destroyers, and during peak production in World War II launched a new destroyer every 17 days.

But your morning destination lies 15 miles south of Bath at Reid State Park, Maine’s first state-owned saltwater beach. The warmer months attract beach-goers to Mile and Half Mile Beaches; autumn is best for birding and lighthouse-gazing on Seguin Island, The Cuckolds, and Hendricks Head; and sunny summer days are the perfect time for lobster rolls on the wharf at Five Islands Lobster Co. (1447 Five Islands Road, Georgetown).

The Hunt For Red’s October

The small town of Wiscasset was once the busiest seaport north of Boston, until the embargo of 1807 cut off much of its lumber, fishing, and shipbuilding commerce. Today, Wiscasset boasts only a few thousand residents, but it seems that a few hundred can be found each day braving the lunch line at Red’s Eats, a Main Street institution since 1954. Enjoy an afternoon snack of fresh fried clams and one of Maine’s favorite lobster rolls, best eaten with a view of the Sheepscot River at the picnic tables out back (41 Water Street).

Let Route One guide you 33 miles eastward to Rockland, the Midcoast’s commercial center and the first of several gateways to Penobscot Bay. With a rich history of shipbuilding and lime production, Rockland these days is known for its art galleries, restaurants, and sailing opportunities—as well as for being the home of the Maine Lobster Festival, which celebrates the town’s primary export every August.

As you stretch your legs along Main Street, coffee lovers should take note of Rock City Coffee Roasters, the small-batch roastery that has been producing some of Maine’s highest quality beans since 1999 (252 Main Street). Get the low-down on your local, sustainable caffeine fix inside the roastery, or opt to relax at the Rock City Café just down the street (316 Main Street).

Give Me A Break

Coffee beans in hand, spend the late afternoon exploring one of the busiest, and loveliest, 19th century seaports. And there’s no better place to take in Rockland Harbor than from the nearly mile-long granite breakwater that guards the city from Penobscot Bay. Perched at the breakwater’s end, the Rockland Breakwater Light sits 65 feet above the harbor floor and has been in service since 1902 (Jameson Point, south of Samoset Golf Course).

As evening falls and the bay breeze sweeps down Main Street, join the sea of locals gathering in the cozy dining room at In Good Company, chef-owner Melody Wolfertz’s tribute to relaxed fine dining. With an extensive wine list and simple, elegant plates—think baked garlic with molten goat cheese—In Good Company encourages its guests to savor the shared experience of dining. Bringing the good company is up to you (415 Main Street).

Rise and shine in downtown Camden, the bayside retreat a mere eight miles north of Rockland. Get an early start and join the crowd jamming the doorway of Boynton-McKay Food Co., an old time drug store and apothecary-turned-everybody’s favorite breakfast joint. As you mingle with locals over decadent French toast or one of the famous skillet scrambles, you’ll suddenly be feeling right at home (30 Main Street).

After breakfast, hit the quaint streets of Camden, which have been attracting well-to-do New Englanders for nearly two centuries. Following a great fire that destroyed much of the business district in 1892, a group of wealthy families joined forces to rebuild Camden’s public library, classical amphitheater, opera house, and harbor park. Today, that very same harbor still ranks among the most beautiful in New England.

The Camden Hills Are Alive

In an effort to assist Depression Era farmers whose lands were no longer productive, the federal government purchased tracts of land in 24 states that would eventually become public parks. Camden Hills State Park has since been transferred back to the state of Maine, but it continues to boast 30 miles of trails and access to the two mountains that dominate Camden’s landscape.

Spend the afternoon ascending Mount Megunticook, the highest mainland mountain on the Atlantic coast at 1,385 feet. The short, uphill trail begins under a rainbow canopy of fall leaves, but within a few miles reveals sweeping views of Camden, Penobscot Bay, and the Atlantic Ocean (280 Belfast Road). In need of some rest? Take an afternoon drive to the summit of Mount Battie (accessible via auto road), and explore the secluded banks of Megunticook Lake along Route 52. And most importantly, take a few minutes to confirm this evening’s dinner reservation.

Farm-to-table cuisine is a phrase thrown about casually these days, but few do it as masterfully as Melissa Kelly, the James Beard Award-winning chef and co-owner of Primo. With animals raised on the property and acres of produce harvested out back each day, Kelly has created in Primo a celebration of fresh, hyper-local ingredients. The menu changes constantly, always highlighting the best that the day has to offer, from honey-basted duck breast to seared local blue fin tuna. Opt for the cozy formality of the downstairs dining rooms, or grab a seat in the humming upstairs bistro—either way, it will be a splurge you won’t soon forget (2 South Main Street, Rockland). 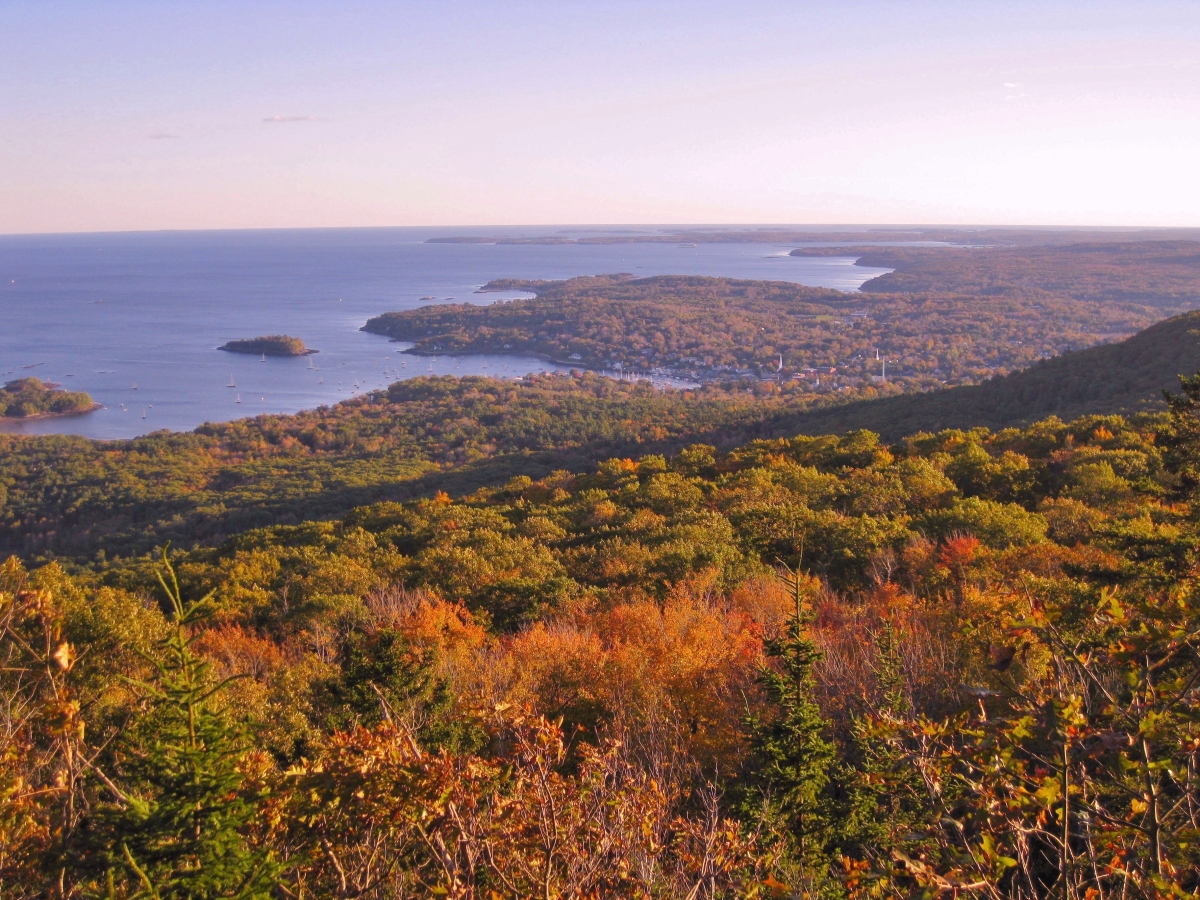 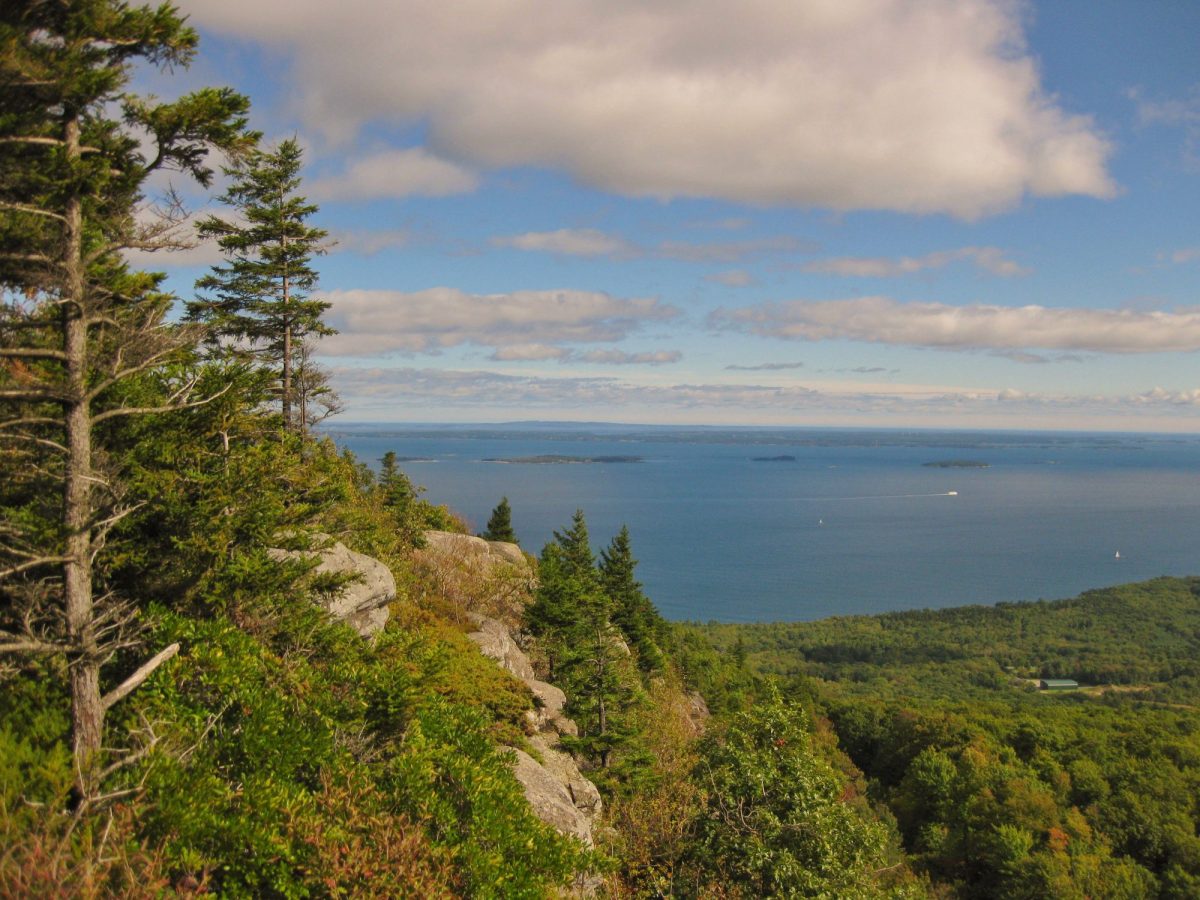 Home Is Whenever I’m With You

There’s one more stop to make on Rockland’s Main Street—one that promises outstanding breakfast, a friendly atmosphere, and some of the most sinful pastries in Maine. This is Home Kitchen Café, which has served Rockland’s favorite breakfast and lunch dishes since 2009. Try one of the specialty “homelets” and be sure to leave room for the cinnamon rolls and pecan sticky buns, made fresh daily by chef James Hatch’s father (650 Main Street).

And truth be told, you may want to accept the inevitable and head back to Home Kitchen Café for lunch—the lobster tacos are well worth the humiliation of eating there twice in one day.

Make the most of your proximity to Penobscot Bay by renting a kayak at Maine Sport Outfitters, which is conveniently located in both Camden and neighboring Rockport. Choose from one of the guided kayak excursions of Camden Harbor or blaze a water trail of your own, pushing off from the banks of Megunticook Lake or observing seals and seabirds as you glide between Camden and Rockport (24 Main Street, Camden, or 115 Commercial Street, Rockport).

Spend the afternoon exploring the Midcoast’s northern stretches, following Route One through Lincolnville, Belfast, and Searsport. Your destination is the Penobscot Narrows Bridge and Observatory, a stunning cable-stayed bridge that opened in 2006 to span the width of the Penobscot River. A one-minute elevator ride to the top of the north pylon will provide you with a 360-degree view of Mount Desert Island, the Midcoast, and Mount Katahdin, Maine’s highest peak at 5,268 feet.

Singin’ In The Grain

Bring the weekend to a close at the James Beard-nominated Long Grain, a locavore treasure house of Thai, Vietnamese, Singaporean, Indonesian, and Japanese influences. The lovingly prepared dumplings, handmade noodles, and creative desserts have made this cozy space the hottest reservation in downtown Camden—so don’t even hesitate to pick up the phone (31 Elm Street).

To see the Midcoast at its best, try to time your visit for late summer or early autumn. Visitors who come to the region after mid-October risk colder temperatures, fallen leaves, and Red’s Eats being closed for the season. In other words, disaster.