A few months back, I turned The Long Weekender’s focus to the city of Cusco, the capital of the Inca Empire in southeastern Peru. With its rich history, awe-inspiring architecture, and beautiful Andean setting, Cusco has long been an alluring destination in its own right. Yet no adventure through the Sacred Valley of the Incas would be complete without a visit to its crowned jewel, Machu Picchu.

Perched on a mountaintop 50 miles northwest of Cusco, the citadel of Machu Picchu was constructed by the Incas more than 500 years ago. But whether it was built as a ceremonial site, a military fortress, or an estate for the Emperor Pachacuti, archaeologists cannot say with certainty. The absence of a written Inca language has left few clues—nor a definitive record of how Machu Picchu was built without iron, steel, or wheels. That intoxicating mystery, hidden from the outside world until American historian Hiram Bingham came upon the city in 1911, now lures more than 2,000 people to Machu Picchu each day.

The four-day, 26-mile Inca Trail—one of the world’s most iconic treks—is the chosen method of transport for thousands of adventurers every year. But wise long weekenders will consider taking a road less-traveled. On the jaw-droppingly beautiful Salkantay Trail, you’ll walk just a little bit farther, climb a little bit higher, and enjoy spectacular views of the 20,574-foot mountain for which the trail is named.

So lace up your boots and grab your backpack. We’re trekking into the Andes for (a little more than) three days.

So When You’re Near Me, Darling, Can’t You Hear Me, SAS?

Ever since the National Geographic Society devoted an entire magazine issue to Machu Picchu in 1913, the word has been out on the Lost City of the Incas. So much so that in 2011, the Peruvian government instated new admission guidelines, limiting the number of visitors to 2,500 per day.

So make sure you have the proper trail and entrance permits by booking your five-day, four-night Salkantay Trek though the Cusco-based SAS Travel Peru. For one incredibly reasonable flat fee, you’ll have all of your permits and transportation, a professional guide, and an army of cooks and porters to graciously tote the equipment, set up each campsite, and prepare three hot meals a day. Your only concern will be conserving your energy (and oxygen) for the next 35 miles and thousands of vertical feet (Calle Garcilaso 270).

Of Mountains And Men

Set your alarm for dawn, when the journey to Machu Picchu begins on an early morning bus to Mollepata. Awaiting you in this small, colorful village will be some “local transportation”—also known as the flatbed of a truck—to take you to the trailhead, cattle-style.

While the day’s hike—a gentle 7.5-mile ascent—may be mellow, the campsite at Salkantaypampa is anything but. Sleeping in Salkantay’s immense shadow, the thin air and icy wind at 12,960 feet will be a shock to the system, but it’s a secondary concern when there are such spectacular stars to be seen. 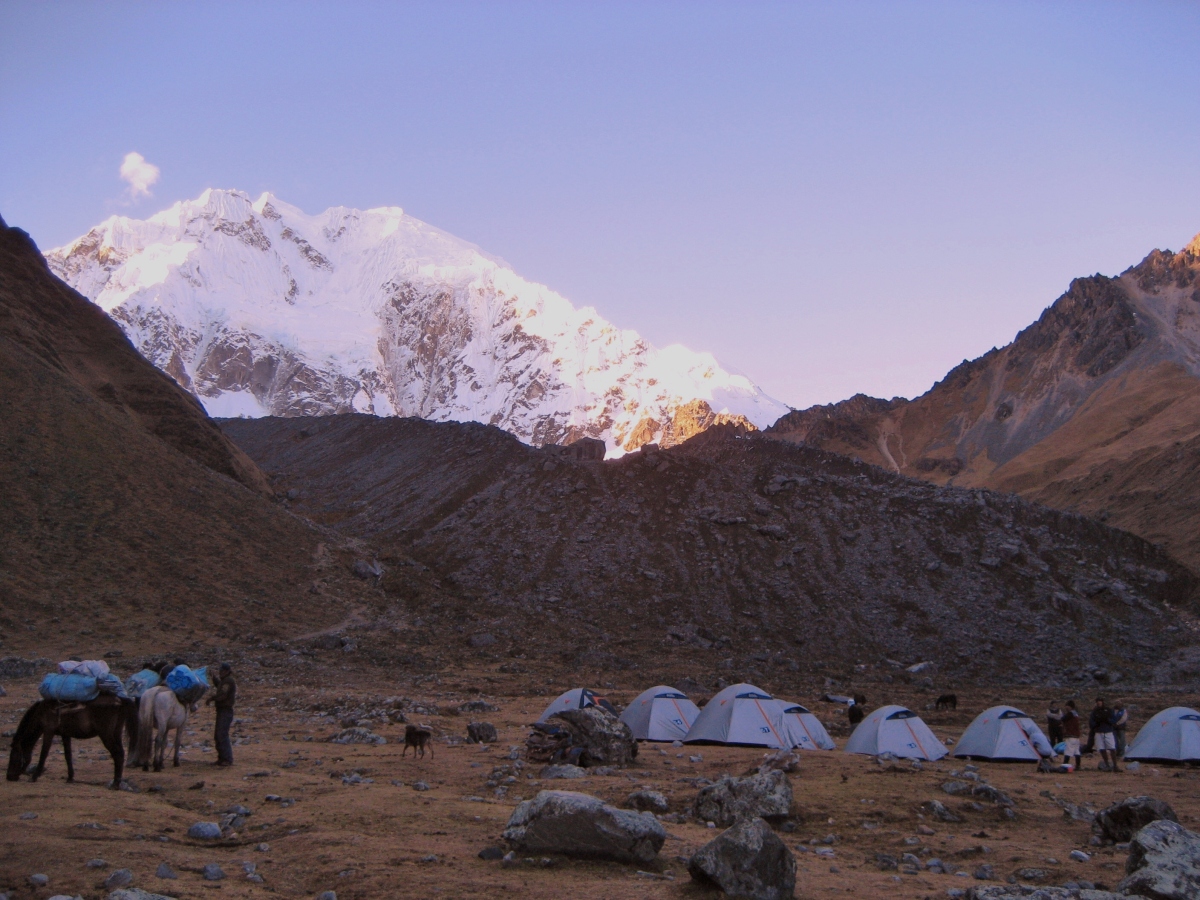 Pachamama, You Been On My Mind

Ease into the morning with a grueling three-hour ascent to the Apacheta Pass, a stunning rocky expanse at the base of Salkantay. As you struggle to catch your breath at 15,059 feet, construct a cairn as an offering for Pachamama, the goddess whom the indigenous people of the Andes revere as Mother Earth. But before setting off on the relaxing afternoon descent to Collpapampa, take note of the swirling clouds that surround Salkantay’s peak—clouds that inspired its Quechua name meaning “savage mountain.”

Welcome To The Jungle

After two days in the Andean highlands, spend the morning descending along the Santa Teresa River into the Ceja de Selva, or the high jungle zone. Have a snack in the form of a granadilla, a plum-sized fruit with grayish, delicious, sweet pulpy seeds. And within seven miles, you’ll be soaking your feet in the river at La Playa, the last campsite you’ll see on this trek.

The First Time Ever I Saw Your Face

Begin your final day on the trail with a strenuous morning climb along the edge of the Santa Teresa Valley, where an Inca-era staircase will lead you to the rest stop and shrine of Llaqtapata. Across the valley to the east, you’ll have your first thrilling glimpse of Machu Picchu from the side, recognizable by the prominent peak of Huayna Picchu towering 1,180 feet above the rest of the citadel. It is said that this mountain—usually seen as the city’s backdrop—was the residence of the high priest, who would walk to Machu Picchu each morning to signal the coming of a new day.

A two-hour descent and a short ride on the local train will bring you into Aguas Calientes, Machu Picchu’s access point on the Urubamba River. Nevermind the chaotic train station and the swarms of backpackers—just enjoy the fact that you’re about to have your first shower in days.

There are certain views in our lives that we never forget—our first glimpse of Yosemite Valley perhaps, or the magnificent ceiling of the Sistine Chapel. And seeing the sun slowly rise over Machu Picchu is one that in no way disappoints.

With 2,000 vertical feet separating you from the commotion of Aguas Calientes, a morning at Machu Picchu offers silence, solitude, and an awe-inspiring peek into Inca civilization. Abandoned in the late 16th century, Machu Picchu was never discovered by Spanish colonists—thus, it remains one of the most intact examples of Inca dry-stone architecture. Such masters were the Incas at this technique that not even a blade of grass can fit between some of Machu Picchu’s stones.

As you explore the eastern agricultural terraces and the more central royal and religious quarters, make special note of the Intihuatana, a large ceremonial stone and pillar that the Incas believed held the sun in place on its path across the sky. But the stone served a more practical purpose as well. Observing that the sun stands directly over the pillar on March 21 and September 21—casting no shadow on the two equinoxes—researchers determined that the Incas in fact used Intihuatana as a solar clock or calendar.

And so the day is yours at Machu Picchu. You’ll be back on a train to Cusco by nightfall, but for now, enjoy the view. 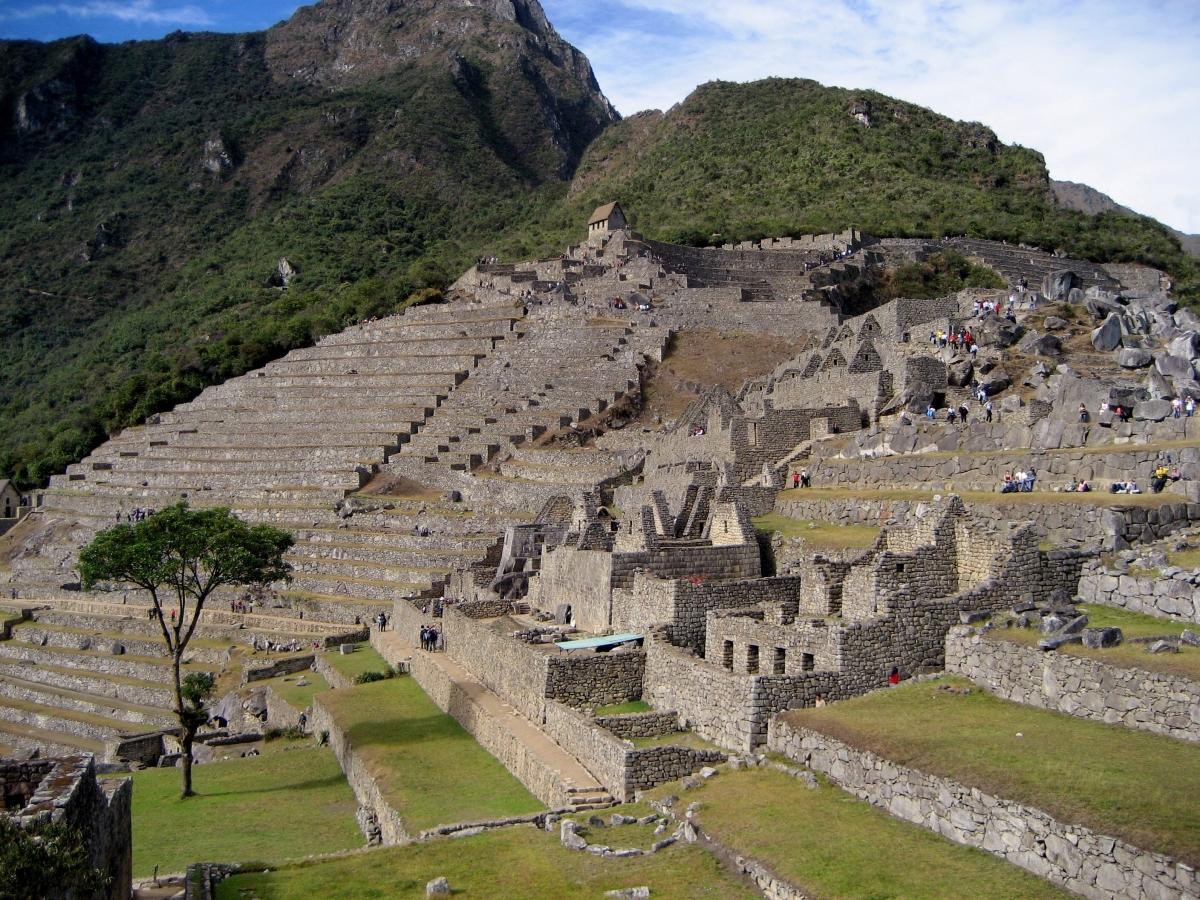 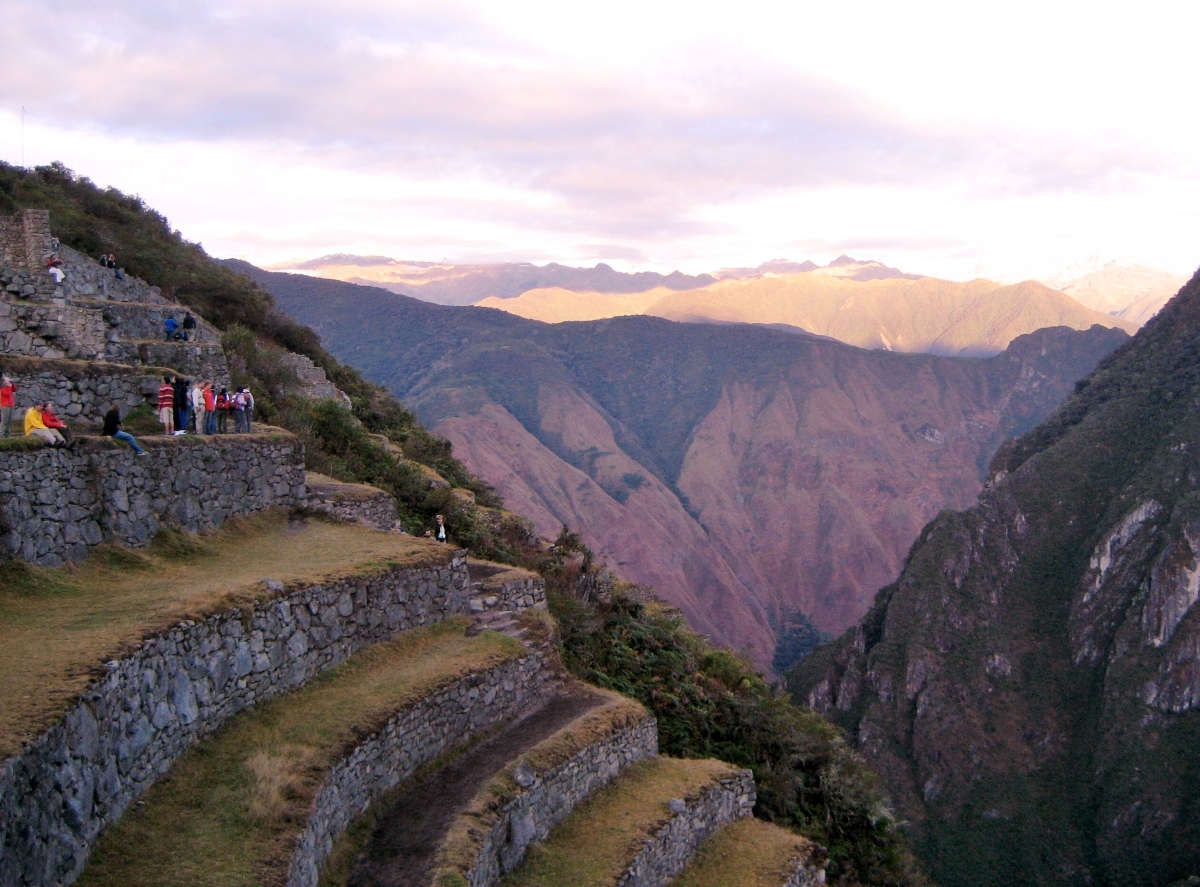 With trail and entrance permits in high demand, I’m not joking when I say that this is a trip best booked in advance. We’re talking at least six months in advance.

If you’re anything like certain long weekenders who have a reoccurring nightmare of reaching Machu Picchu in the pouring rain, listen up. Although fog is a possibility at any time of year, the rainy season from November through April sees poorer trail conditions and fewer visitors. In the dry season of May through October (especially July and August), you can expect dry sunny days and cold nights.