As Major League Baseball makes its triumphant return this month, millions of fans will breathe a collective sigh of relief. Winter will officially be over, and the next six months will bring 162 opportunities to enjoy bleacher seats in the sun and walk-off home runs.

But for a devoted few, winter already ended weeks ago with the first pitches of spring training baseball. Since 1888, major league teams have decamped to warmer locales—namely Florida—each February and March to assemble a lineup and prepare for the season ahead. But in 1947, when the Cleveland Indians and New York Giants chose instead to train in the desert warmth of Arizona, the first seeds of the Cactus League—a Phoenix-based alternative to Florida’s Grapefruit League—were sown.

Today, the mellow preseason play between the 15 Cactus League teams is reason enough to plan a weekend visit to Scottsdale, Phoenix’s sun-soaked neighbor to the east. It’s a little piece of springtime heaven for baseball lovers, and a relaxing desert retreat for everyone else.

So put on some sunscreen and pack your glove. We’re going to the desert for the next three days.

If You Build It, He Will Come

In 1937, the great American architect Frank Lloyd Wright established a “winter camp” at the foot of the McDowell Mountains in east Scottsdale—a home, studio, and school he called Taliesin West. Before his death in Phoenix in 1959, Wright would have a profound influence on the region’s architecture, thanks to several buildings that bear his signature.

Just as Wright made his winter camp at Taliesin West, Scottsdale Stadium has for years been the winter home of the San Francisco Giants. Nestled in the heart of Old Town Scottsdale, this small ballpark is where your journey begins—with a seat in the sun, a hot dog fresh off the grill, and the 2010-2012-2014 world champions of baseball taking the field (7408 East Osborn Road).

Insider Tip: As a lifelong Giants fan, it pains me to say this. Where Scottsdale Stadium racks up the points for its home team and wonderful location, it cedes them to other Cactus League facilities when it comes to prices, food choices, and space to spread out. So be sure to catch at least one game at Camelback Ranch (home of the Los Angeles Dodgers and the Chicago White Sox), Peoria Sports Complex (home of the San Diego Padres and the Seattle Mariners), and Salt River Fields at Talking Stick (home of the Colorado Rockies and the Arizona Diamondbacks), no matter who is taking the field.

It Was Oregano, Dave. It Was Ten Dollars Worth Of Oregano.

As dinnertime rolls around, take note of the boisterous crowd gathering outside Oregano’s Pizza Bistro, a magnet for locals and visitors since 1993. This family-owned pizza joint now boasts 12 locations between Tucson and Flagstaff, serving up time-honored family recipes for thin crust, deep dish, and Chicago-style stuffed pizzas. The wait for a table may be prohibitive—but the delicious food and the casual atmosphere are worth every minute (3102 North Scottsdale Road). 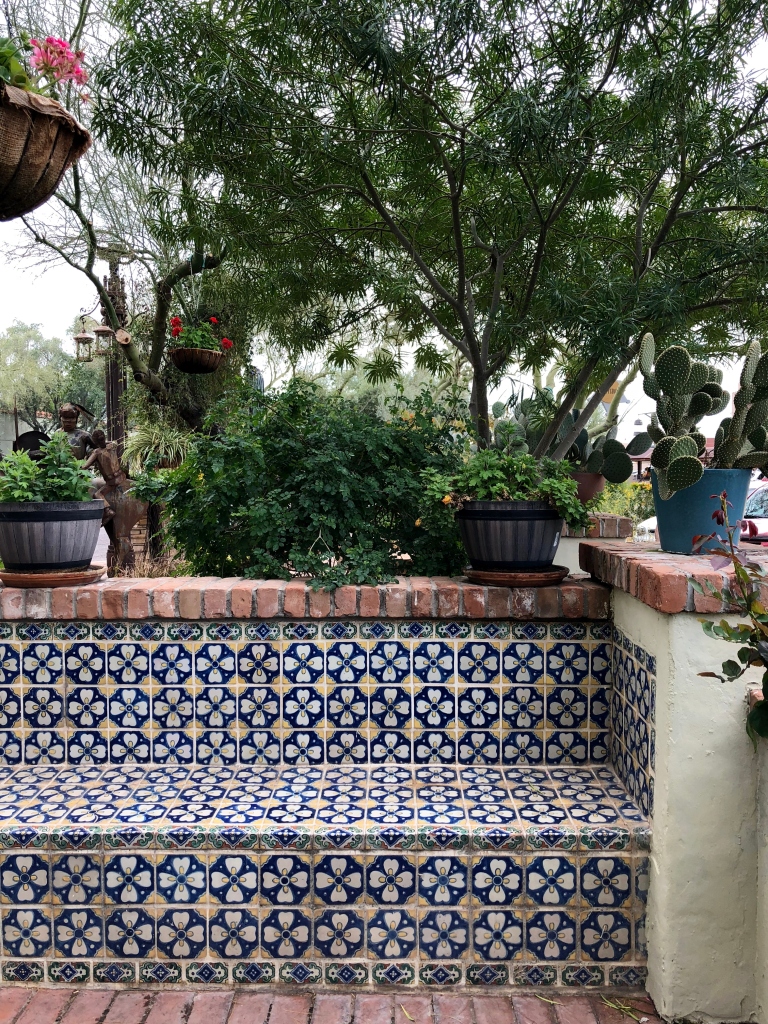 The Straw That Broke The Camelback

The Scottsdale region of the Sonoran Desert was originally inhabited by the Hohokam people, who farmed the valley for centuries beginning in 800 A.D. The area didn’t see its first Anglo settlers until the 1880s, when an Army chaplain named Winfield Scott—not to be confused with the brevet lieutenant general—purchased 640 acres of what was then called Orangedale. Scott’s success in farming citrus, peanuts, and almonds helped encourage further settlement, leading to the city of Scottsdale’s birth in 1894.

Enjoy a commanding view of Scott’s city from Camelback Mountain, the red sandstone, granite, and remarkably camel-shaped formation on Phoenix’s eastern edge. Whether you opt for the Echo Canyon Trail to the west or the Cholla Trail to the east, the 1,280-foot ascent rewards hikers with unforgettable panoramas of the Valley of the Sun.

Downtown, Everything’s Waiting For You

It’s well worth the lunchtime detour to the picnic tables outside Tacos Chiwas, where you’ll feast on authentic Mexican flavors in a delightfully no-frills atmosphere (1923 East McDowell Road). From there, you can rest your hiking legs on the flat streets of Old Town Scottsdale, home to more than 125 art galleries and studios, as well as the Old Town Farmers’ Market each Saturday (Parking Corral, Brown Avenue and First Street).

Pick up some organic produce before strolling down the street to Bischoff’s Gallery, one of the city’s best showcases of Native American and southwestern home goods, jewelry, and art. An added bonus? You’re only blocks away from the afternoon Giants game (3925 North Brown Avenue).

You’d be hard-pressed to find a list of the best pizza joints in America that doesn’t reserve a top-ten slot for Pizzeria Bianco. What began as the back corner of a neighborhood grocery store in 1988 is now a Phoenix institution, and one that earned chef-owner Chris Bianco a James Beard Award in 2003. So arrive early, be prepared to wait, and share light, crispy pizzas in what might be the best outdoor setting in Phoenix (623 East Adams Street). 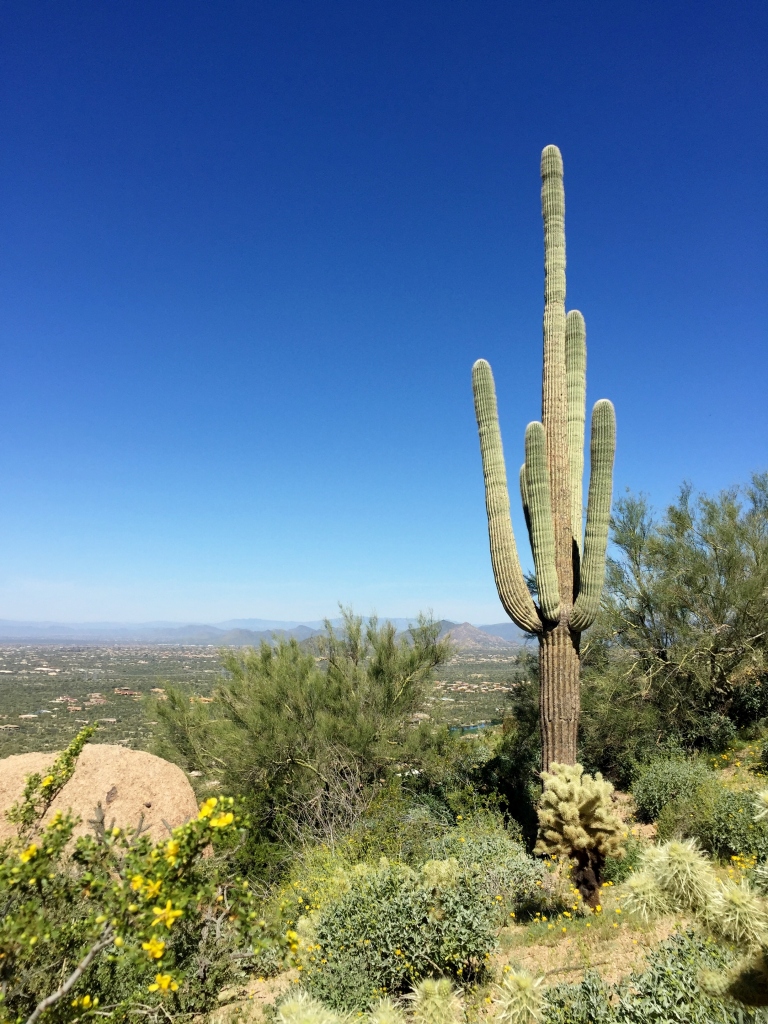 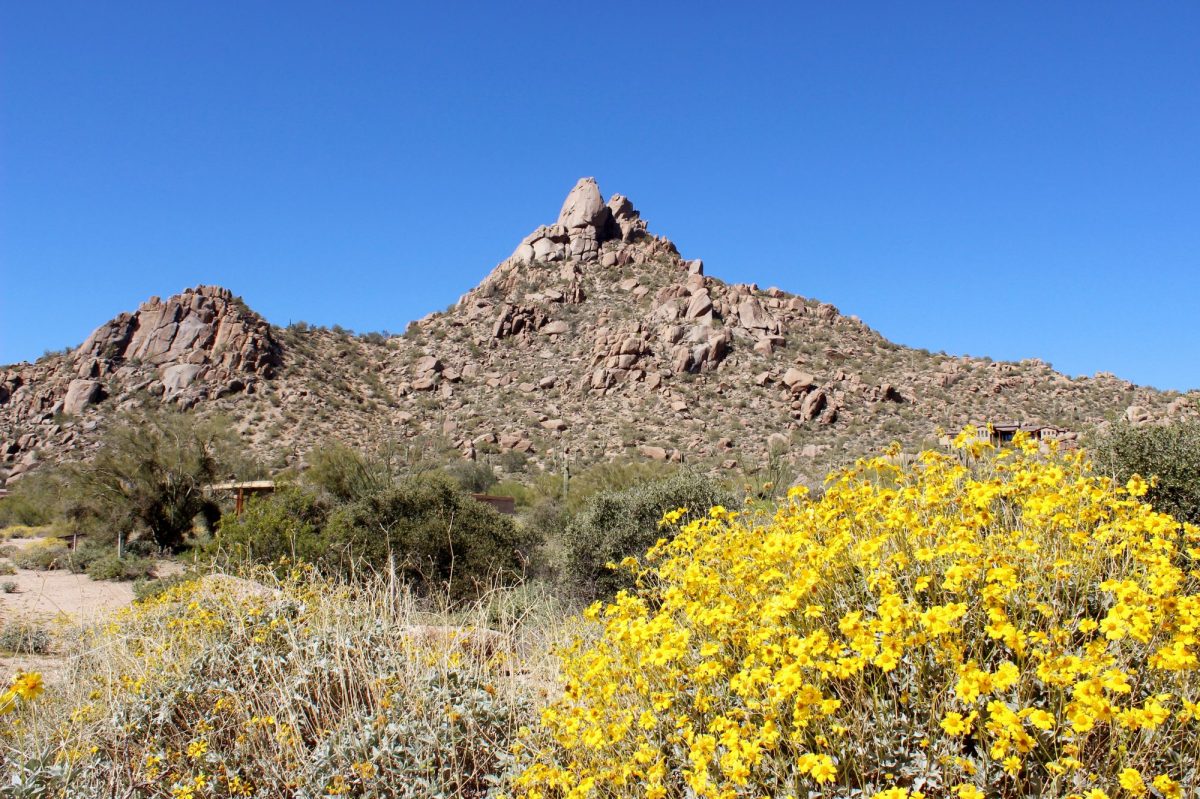 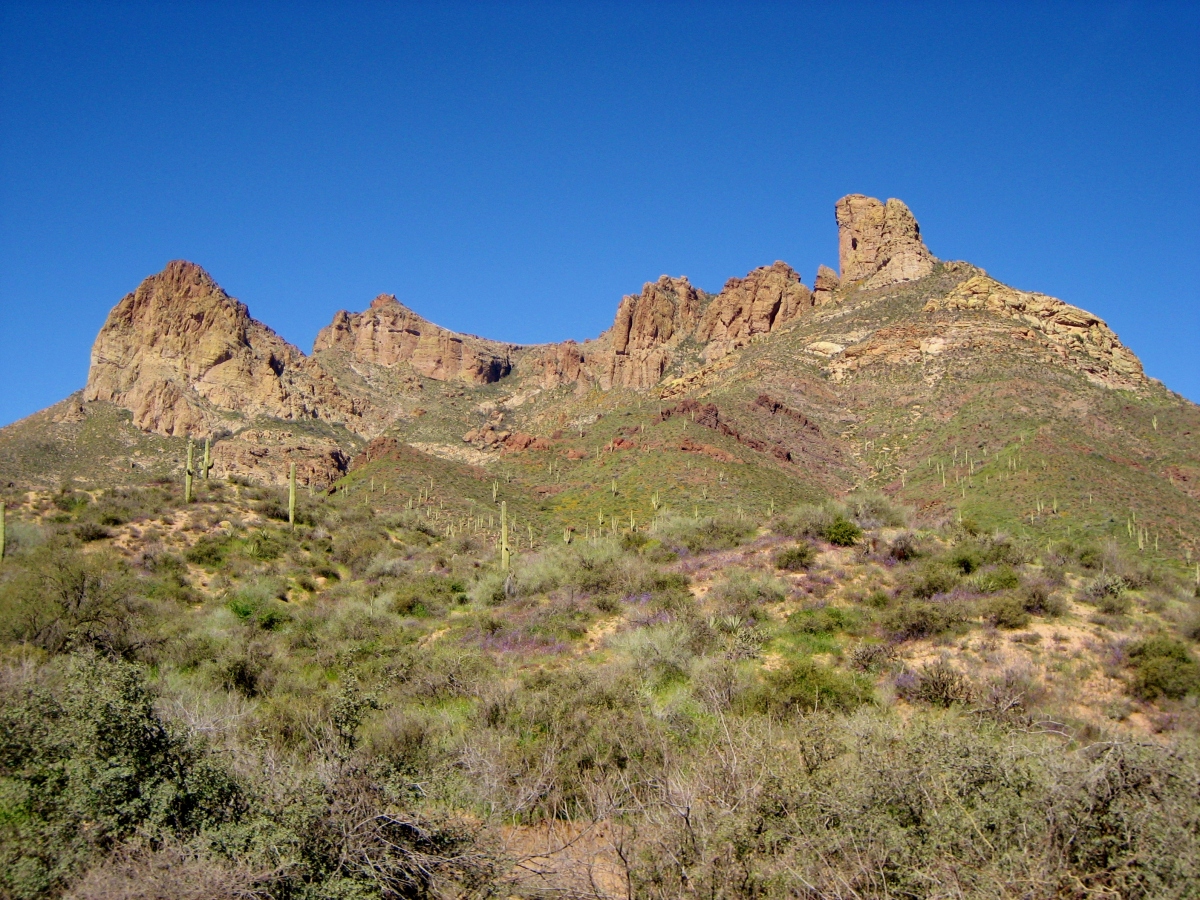 There are few better sunrise vistas than those from the slopes of Pinnacle Peak, the 3,169-foot summit that sits 20 miles north of Old Town Scottsdale. Now a city-designated park, Pinnacle Peak is home to sunbathing gila monsters, western diamondback rattlesnakes, and one of the region’s most rewarding (and only moderately inclined) walking trails (26802 North 102nd Way).

Your Mission, Should You Choose To Accept It

Ease into the afternoon with a late morning brunch at The Mission, where chef Matt Carter deliciously blends culinary influences from Spain, Mexico, and Central and South America. From guacamole prepared tableside to red and green chilaquiles, the dishes at The Mission are consistently top-notch—while two charming patios allow diners to enjoy the mild spring weather (3815 North Brown Avenue).

Very Superstitious, Writing’s On The Wall

Roughly 30 miles east of Scottsdale, Apache Junction guards the western reaches of Tonto National Forest and its three million acres of desert wilderness and mountainous pine forest. The town also sits at the foot of the Superstition Mountains, a series of rocky peaks which, according to Apache belief, hide the hole leading into the underworld.

Spend the afternoon exploring the Superstitions and Tonto National Forest with a leisurely drive along Route 88. If you have time to spare, consider following the Salt River all the way to Theodore Roosevelt Dam, which was dedicated by the president in 1911 and named in his honor in 1959.

Bid farewell to the weekend with a memorable meal at FnB, a powerhouse of locally sourced (and reasonably priced) cuisine. With a farm-focused menu that changes frequently—and a wine list that pulls exclusively from Arizona—FnB treats its diners to the very best the state has to offer. Don’t miss the hand-pulled mozzarella and leeks gribiche—you’ll be thinking about this dish long after the weekend has come to an end (7125 East 5th Avenue, Suite 31).