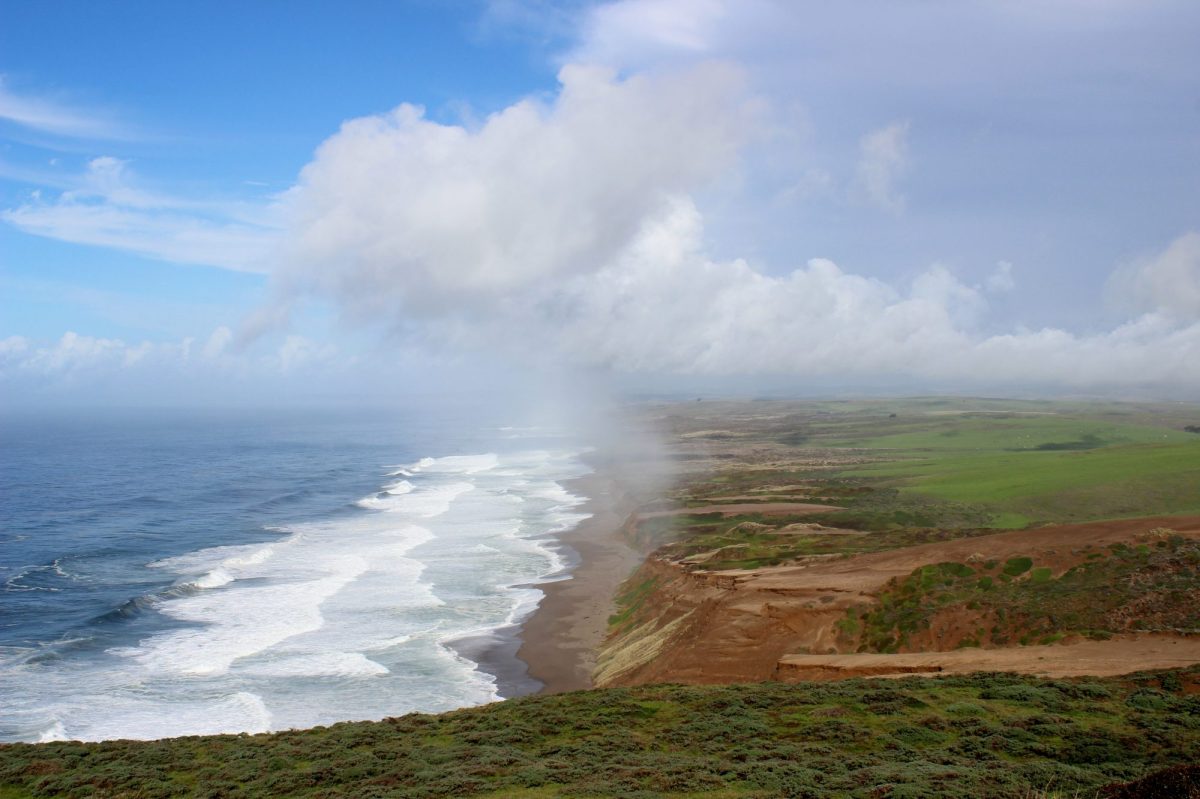 As we approach one of the most desperately needed long weekends of the year, I’ve been thinking about where I would ideally like to spend Presidents’ Day. It turns out that the answer was right in front of me—or rather, just a few years behind me. After giving recent billing to my adopted home of Portland, Oregon, I turn this week’s focus to my first home, the natural wonderland of Marin County, California.

Marin, which sits just across the Golden Gate from San Francisco, has gained fame over the years for its rugged shores, its ancient redwood forests, and its miles upon miles of hiking and biking trails. This is, after all, the place where mountain biking originated. And whether your idea of fun involves single-tracking on Mt. Tamalpais or soaking up the sun on Stinson Beach, Marin offers a little something for everyone—including some of the freshest, most delicious cuisine you’ll find anywhere.

So, if you find yourself in this outdoorsman’s paradise, here are some wallet-friendly ways to make the most of your three days.

The morning begins in a fog-draped downtown Larkspur, where approximately 12,000 lucky Marinites reside at the eastern foot of Mt. Tam. Sit in the shade of the evergreens on the patio of Equator Coffees & Teas (240 Magnolia Avenue), beat the before-school rush to the counter at Donut Alley (471 Magnolia Avenue), and head a few blocks up the road to park your bike at Rustic Bakery (1139 Magnolia Avenue). Their decadent almond croissants are the stuff of local legend—and you’ll be mere steps from Woodlands Market, whose deli sandwiches and prepared salads will make the perfect picnic lunch (735 College Avenue, Kentfield).

Son Of A Beach

It’s easy to get distracted on the charming streets of Mill Valley. Once the domain of the Coast Miwok, this picturesque town on the banks of Old Mill Creek is now the gateway to Mt. Tam, Muir Woods, and, today, the Panoramic Highway to Stinson Beach. Don your wetsuit to brave the icy Pacific Ocean, or stroll the three miles of golden sand collecting sand dollars along the way. But ocean bathers be warned—great white sharks have been known to patrol, and even attack, in the area. Sound scary? Try growing up there.

Begin your journey to Stinson Beach at the 2 AM Club in Mill Valley (380 Miller Avenue). From there, take Montford Avenue to Molino Avenue and make a right. Several miles later, when you reach the Panoramic Highway, turn right. If you think those views are beautiful, take a short detour up Pantoll Road as you reach the Pantoll Ranger Station. On a clear day, you’ll enjoy a spectacular overlook of Stinson Beach, Mt. Tamalpais State Park, and the San Francisco skyline.

For the afternoon ride back into Mill Valley, treat yourself to different views on Shoreline Highway, Marin’s spectacular stretch of Highway One. Between the plunging cliffs and the hairpin curves, your eyes—and your stomach—are in for a treat.

Back in Larkspur, join the inevitable crowd that has gathered outside Pizzeria Picco, one of the most exciting culinary destinations in Marin. Grab a sidewalk table and choose from a variety of tempting pizzas, or peruse the locally sourced menu from Picco, chef-owner Bruce Hill’s adjoining sister restaurant. If you know what’s good for you, you’ll try the daily risotto (made from scratch on the half hour) and save some serious stomach space for a bowl of Strauss Family Creamery soft serve (316 Magnolia Avenue). 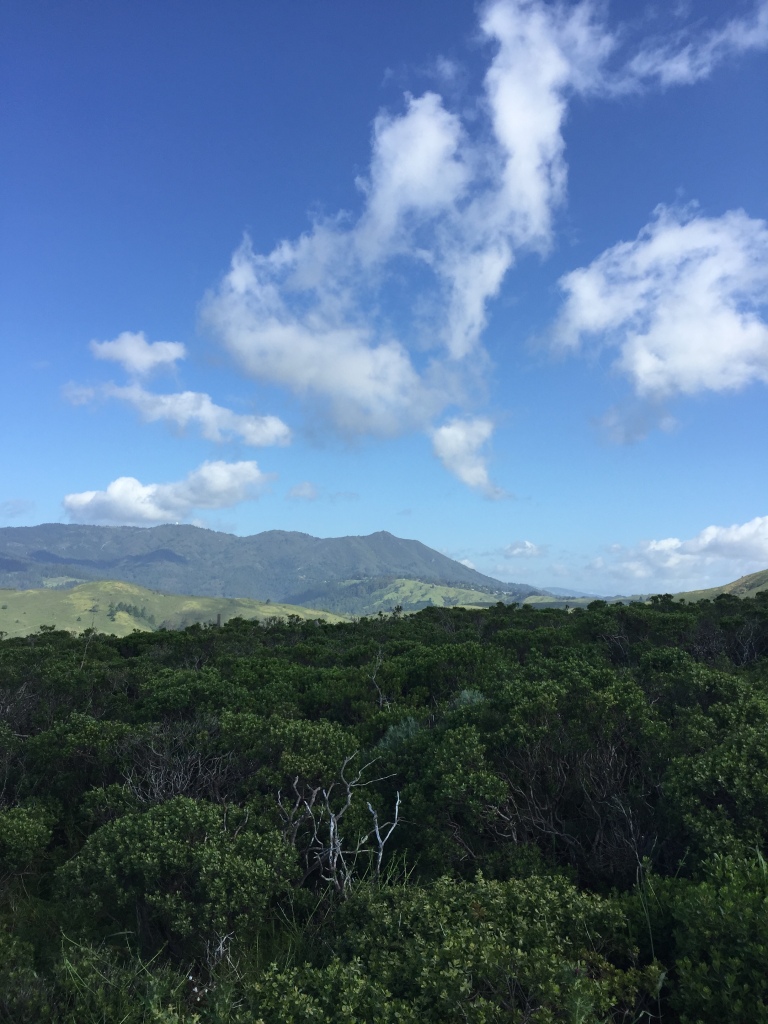 Where Have All The Cowgirls Gone?

With a scrumptious breakfast (and perhaps a whole loaf of country bread) from M.H. Bread and Butter in your belly (101 San Anselmo Avenue, San Anselmo), you’ll be ready for a scenic morning drive through the San Geronimo Valley to the small, unincorporated community of Point Reyes Station. Once you’ve meandered through the galleries and studios on Shoreline Highway, it’s time to indulge in one of the favorite local pastimes—shucking oysters a few miles north on the banks of Tomales Bay.

Make a reservation at Hog Island Oyster Company in Marshall, where you’ll have your very own picnic table, grill, and shucking tools for the sweet bay oysters (20215 Shoreline Highway). Just don’t forget to pick up a few extra supplies in Point Reyes Station—namely the triple cream Mt. Tam cheese from Cowgirl Creamery (80 Fourth Street), a baguette or two from Brickmaiden Breads (40 Fourth Street), and a few chocolate chip cookies from the beloved Bovine Bakery (11315 Shoreline Highway).

It’s a short and scenic drive along the western edge of Tomales Bay to Point Reyes National Seashore, a 71,000-acre peninsula that happens to be on an entirely different tectonic plate than the rest of North America. Walk along the stark white cliffs of Drakes Bay (which is believed to have been the landing spot of Sir Francis Drake in 1579) and try to spot gray whales migrating past the Point Reyes Lighthouse. But for one of the most extraordinary views, follow signs toward Chimney Rock and pray for clear skies on the footpath. But it seems that God is often busy—you’re standing in the second-foggiest place in North America.

In 2004, San Rafael native Sol Hernandez brought a little piece of Puerto Rico to Marin by opening Sol Food, her energetic tribute to the island’s traditional dishes. As the years have passed and Sol Food has expanded to three San Rafael locations and one in Mill Valley, Marinites have cheered every step of the way. No matter which outpost you choose, expect a crowd—and some of the most delicious pollo al horno you’ll find anywhere (901 Lincoln Avenue, San Rafael).

For more than 35 years, downtown Mill Valley was home to the Sweetwater, an unassuming 81-seat nightclub that became a favored venue of Bonnie Raitt, Jerry Garcia, Carlos Santana, Clarence Clemons, and other legends of music. Musicians and music lovers alike were devastated when the venue closed in 2007, but thanks to investors such as Bob Weir, the new Sweetwater Music Hall opened in 2012. Whether it’s a night of blues or rock and roll, you’ll experience a treasured new landmark of Mill Valley’s rich musical history (19 Corte Madera Avenue). 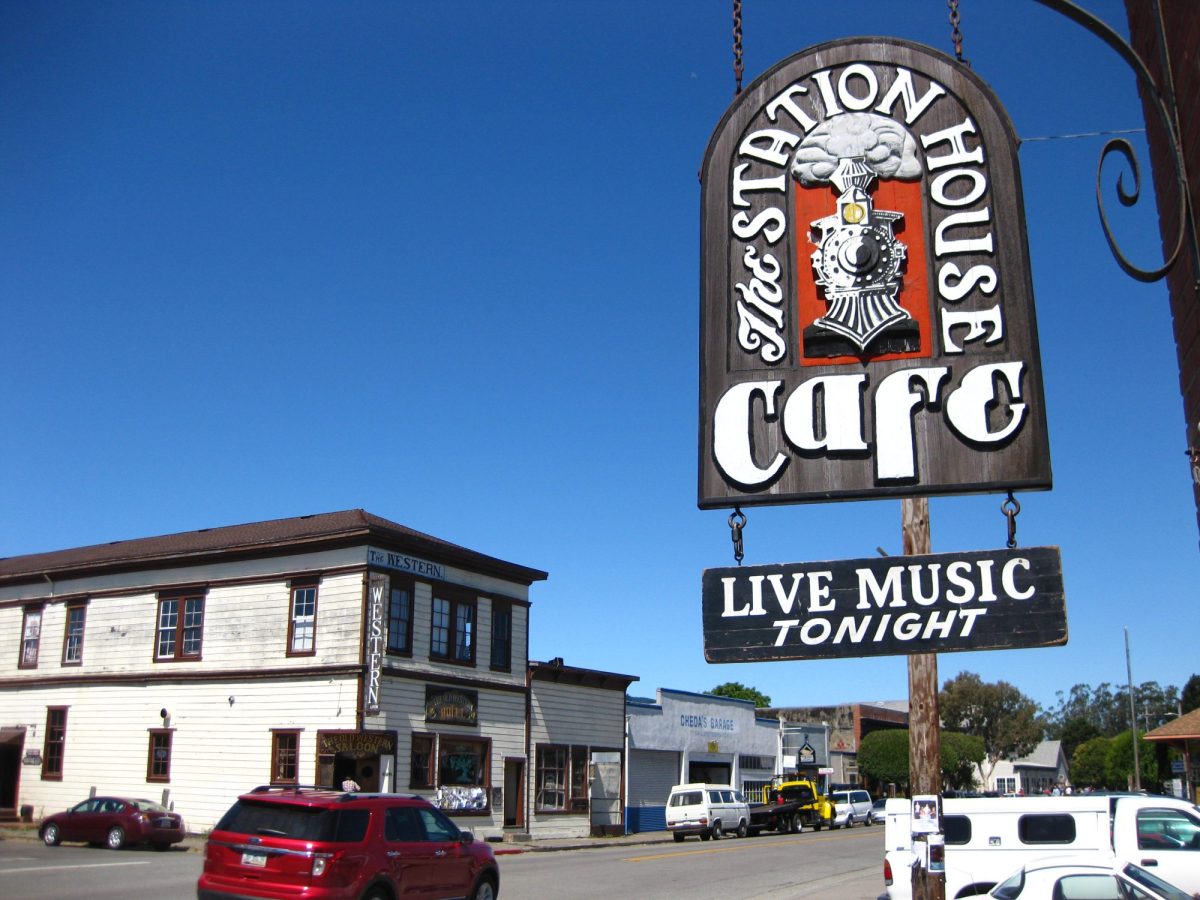 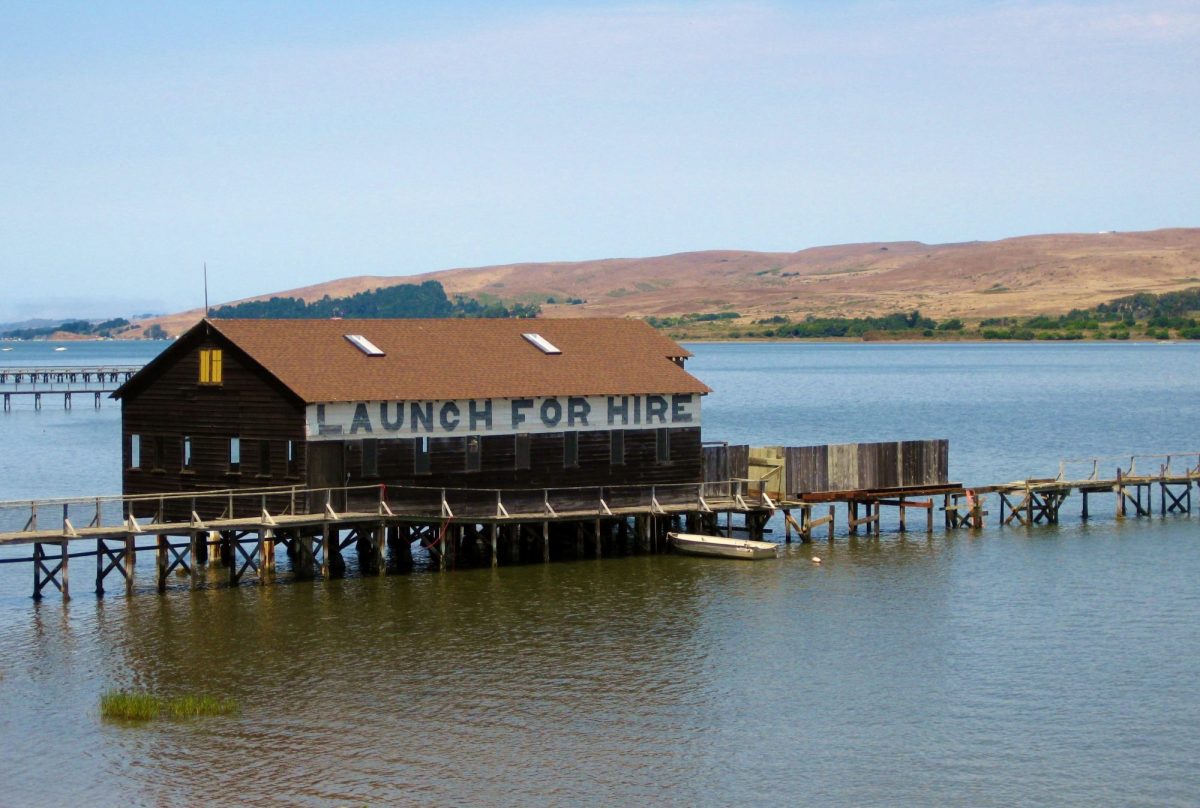 To Market, To Market

In a community that lives by fresh, local, and organic, the Agricultural Institute of Marin’s Sunday Farmers Market is, in many ways, the source. During peak season, nearly 200 local farmers, food purveyors, and artisans gather at the third-largest farmers market in California to sell produce, breads, cheeses, and other specialty products. And all of this happens in the shadow of the Marin Civic Center, the final commission of Frank Lloyd Wright (10 Avenue of the Flags, San Rafael).

As you leave San Rafael, make a pit-stop at Comforts in the adjacent town of San Anselmo, the home of Marin’s favorite Chinese chicken salad. Thanks to the simple, fresh ingredients that are frustratingly impossible to recreate, you’ll soon understand why certain displaced Marinites frantically stockpile Comforts’ dressing when they’re in town. Grab one of the prepacked salads, and you’ve got a hiking picnic ready to go (335 San Anselmo Avenue).

The Old Man And The Dipsea

Nearly every year since 1905, brave men, women, and children have congregated at Mill Valley’s old train depot to begin America’s oldest trail race, the 7.4-mile Dipsea to Stinson Beach. Although the Dipsea punishes runners—and in our case, hikers—with 688 grueling steps up the side of Mt. Tam, it ultimately rewards them with panoramic views of towering redwoods, the Pacific Ocean, and Mt. Tamalpais State Park (find the trailhead on Cascade Way behind Old Mill Park, 300 Throckmorton Avenue).

Whether you hike the entire trail or turn back halfway through, be sure to stop and admire the old growth coastal redwoods of Muir Woods, the national monument honoring naturalist and national park crusader John Muir. Between the 1,200-year-old trees and the Marin Melt grilled cheese at the Muir Woods Trading Company, it’ll be a worthwhile afternoon.

On The Road Again

Rest your aching limbs over dinner at the Buckeye Roadhouse, a warm, rustic, ski-style lodge that has been highlighting Marin’s culinary bounty since 1937. The house favorite Oysters Bingo and baby back ribs are not to be missed, but I suspect diners keep coming back for the decadent s’more pie (15 Shoreline Highway, Mill Valley).

But there’s no sweeter end to the evening than a drive through Sausalito, where you’ll catch a commanding view of San Francisco’s glittering skyline. And if you follow Alexander Avenue into the hills of the Marin Headlands, you can bid farewell to this weekend in view of the majestic Golden Gate. 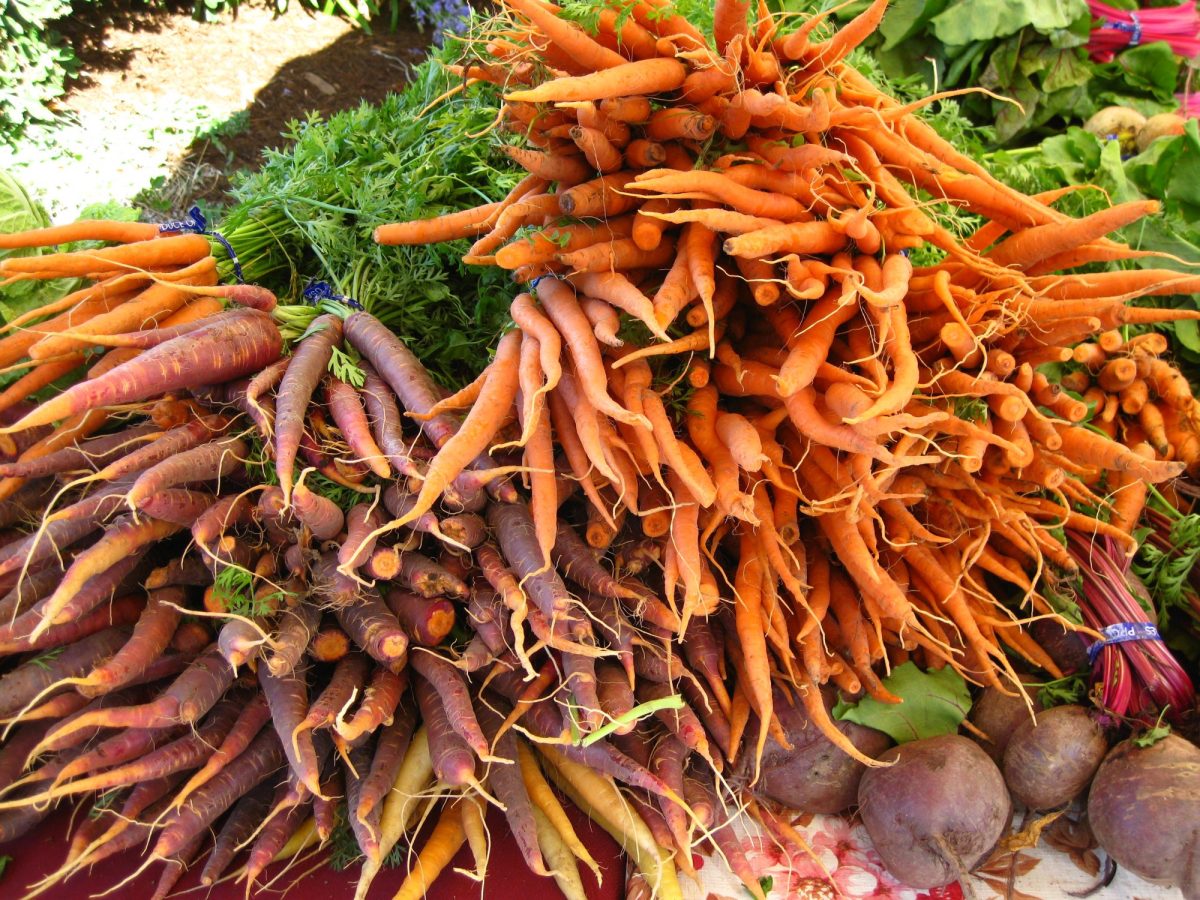 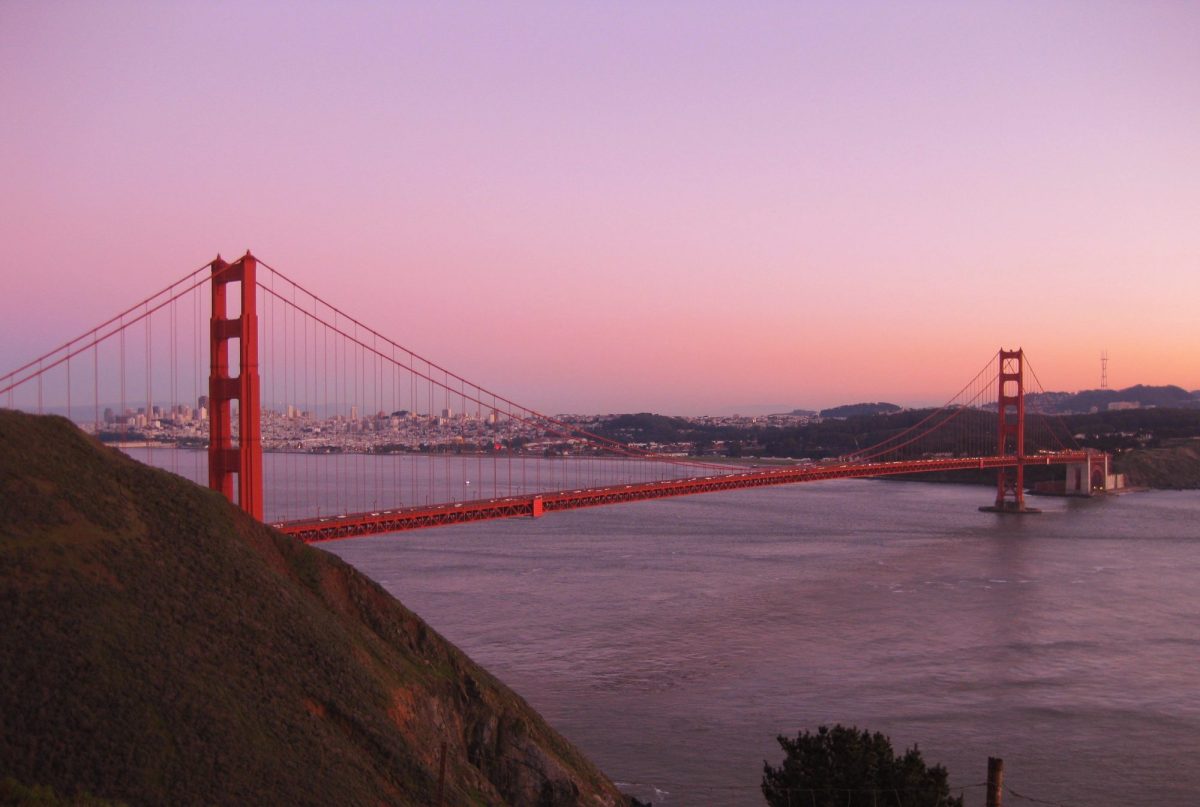 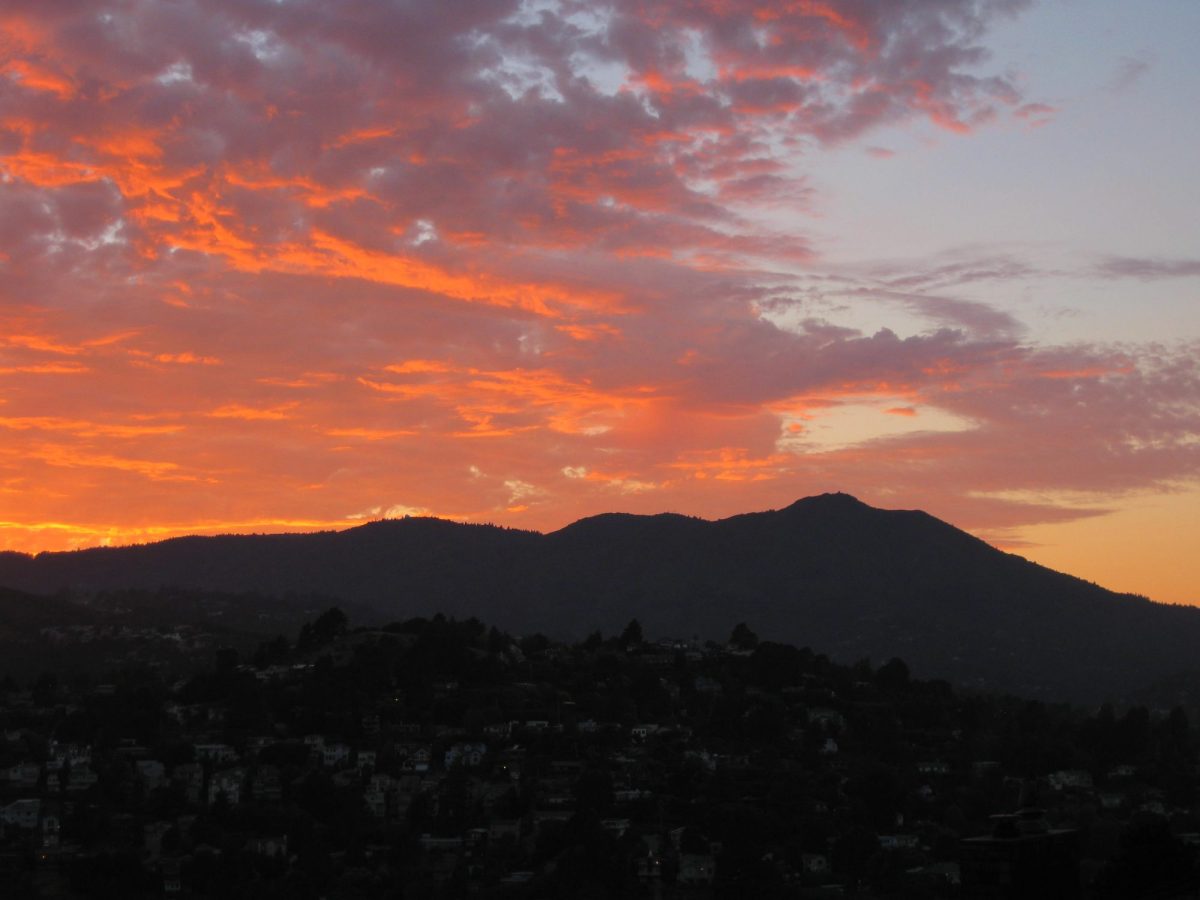