I’ve always been one to love a good interconnected narrative.

It’s the reason I spent much of my twenties poring over the mysteries of LOST, attempting to unravel the connections between survivors and Others and past, present, and future. It’s why in the span of two weeks, I watched every single film in the Marvel Cinematic Universe, diving into a meticulously layered chronicle of S.H.I.E.L.D., Hydra, Nine Realms, a Mad Titan, and a team of avenging heroes.

So imagine the joy I felt when I finally learned the story of the Grand Staircase—a geological term I’d heard much of but had never taken time to investigate. The brainchild of 19th century geologist Clarence Dutton, the Grand Staircase refers to a sequence of layered sedimentary rock that descends through the deserts of southern Utah and northern Arizona. From its highest point in Bryce Canyon, the staircase crosses the Pink and Grey Cliffs, cascades into Zion Canyon, and tumbles down the White, Vermilion, and Chocolate Cliffs before reaching its base on the floor of the Grand Canyon.

It’s at the top of the Grand Staircase where we find ourselves today, in a series of hoodoo-filled amphitheaters carved into the Paunsaugunt Plateau. We may have only one day at our disposal, but it’s just enough time to marvel at the beauty of Bryce Canyon National Park. 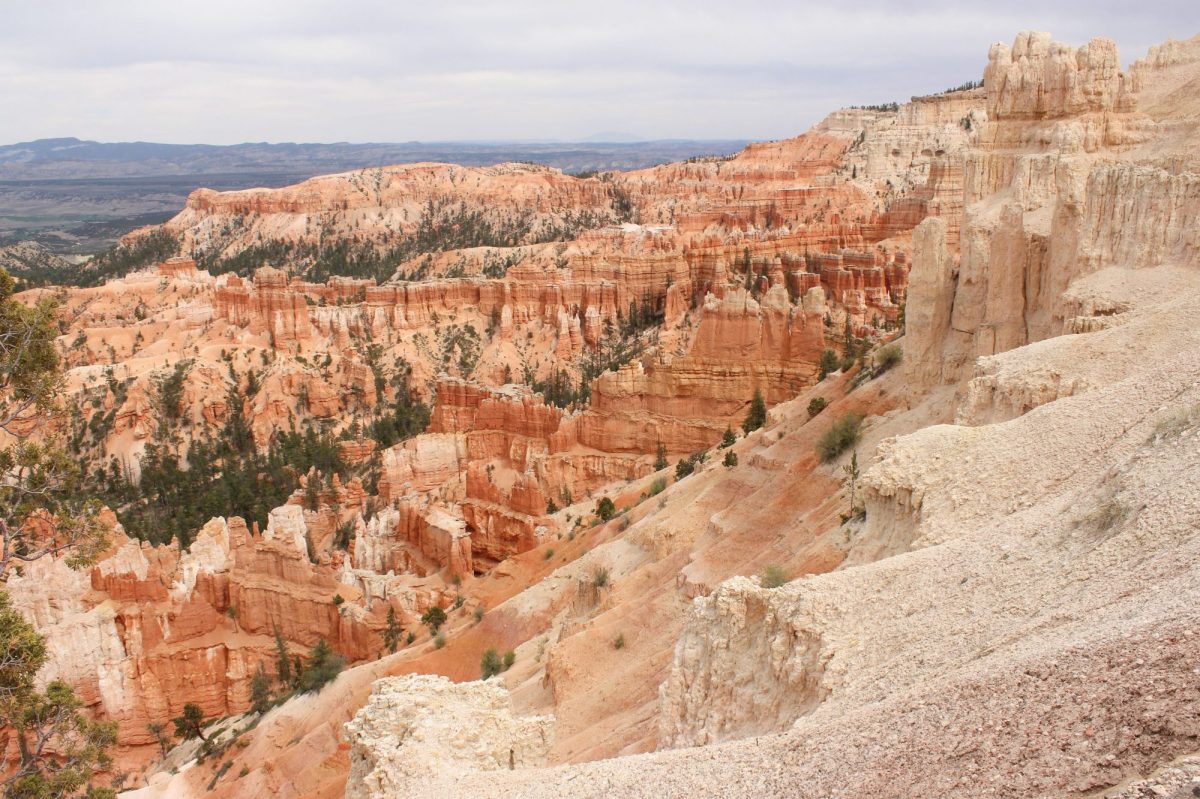 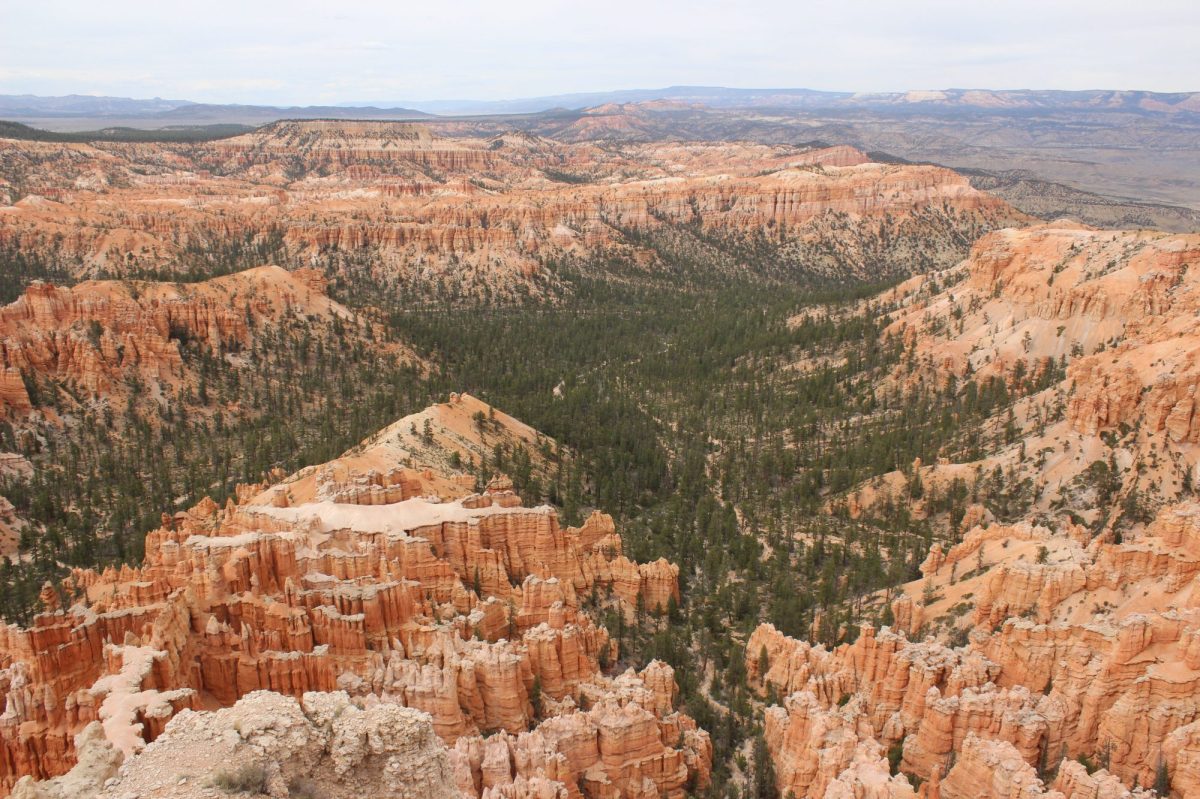 In the experience of The Long Weekender, it’s a well-established truth that good things come to those who wake up early. For proof, you need only show up in time for sunrise on the Rim Trail, the east-facing, 5.5-mile path that traces the edge of the main Bryce Amphitheater. The views from Bryce Point, Inspiration Point, Sunset Point, and Sunrise Point will make you forget the distant warmth of your bed, and perhaps even inspire you to hike (rather than drive) this three-mile stretch of the trail at dawn.

The Air Up There

Because nothing is all that easy at an elevation of 9,100 feet, you’ll appreciate the recovery time that comes with an unhurried excursion along the Bryce Canyon Scenic Drive. These 19 miles between Fairyland and Rainbow Points are punctuated by 13 official viewpoints, allowing you to retreat from the well-known splendor of the Bryce Amphitheater to glimpse the smaller, greener, less populated canyons to the south.

Bryce Canyon may be but a small part of the greater Grand Staircase, but it stands alone in the uniqueness of its hoodoo-filled landscape. These pinnacles of rock are a function of the area’s climate, which sees temperatures swing both above and below freezing in the same day more than 200 days each year. This phenomenon allows rain and snowmelt to seep into the rock, freeze within hours, and expand into ice, placing pressure on the surrounding stone and breaking it down into walls, windows, and teetering hoodoos.

With so much science hard at work, it would be a shame to leave the park without examining these hoodoos up close. A wonderful option for below-the-rim exploration is the Queen’s Garden/Navajo Loop Trail, which traverses several of Bryce Canyon’s greatest hits—including hoodoos shaped like Queen Victoria and Thor’s hammer Mjölnir—in the span of 2.9 miles. Looking for something that covers a bit more ground? Leave the crowds far behind you and take in spectacular 360-degree views on the eight-mile Fairyland Loop.

It Is Written On The Stars

If this itinerary covered three nights instead of one, they would all end the same way—with dinner overlooking canyon country at the Stone Hearth Grille. Located 13 miles east of Bryce Canyon in Tropic, this intimate, friendly restaurant defies the curse of depressing national park cuisine, serving grass-fed local steaks and other hearty dishes that do their surroundings justice (1380 West Stone Canyon Lane).

Just be sure you’re back in time to meet up with the astronomy rangers, who lead regular programs in Bryce Canyon about the wonders of the night sky. Here in the clear, thin, high-elevation air, a near absence of light pollution allows stargazers to view the Andromeda Galaxy 2.2 million light years away. And there’s often a ranger on hand with a telescope or a guided full-moon hike to help you understand what you’re seeing. Can you visit Bryce Canyon as a day trip from Zion National Park? Indeed you can. The trip is approximately 75 miles one-way. Just keep in mind that staying in the park overnight makes it much easier to catch the sunrise and linger to gaze at the night sky.

As for when to go, consider avoiding the 60 percent of park visitors who show up in Bryce Canyon between June and September. If you make the trip between October and May instead, you’ll encounter fewer crowds, cooler temperatures, and even majestic winter snows that complement the brightly colored hoodoos.