“If in the making of the West, Nature had what we call parks in mind—places for rest, inspiration, and prayers—this Rainier region must surely be one of them.”

It’s the most glaciated mountain in the contiguous United States, where 35 square miles of permanent snow and ice fields are the source of six major rivers. It’s the most topographically prominent peak in the lower 48—exceeding even the independent stature of K2, the second-highest mountain on Earth. And brewing beneath this serene landscape, the 14,410-foot Mt. Rainier is one of the most dangerous active volcanoes in the world.

It’s a daunting description, to be sure. But one of the many beauties of Washington’s tallest peak is its potential for universal enjoyment. Experienced mountaineers and novice hikers alike will find what John Muir once called “places for rest, inspiration, and prayers”—and if your timing is right, one of the most spectacular displays of subalpine wildflowers in the world.

So pack your bags. We’re off to the Cascades for the next three days. 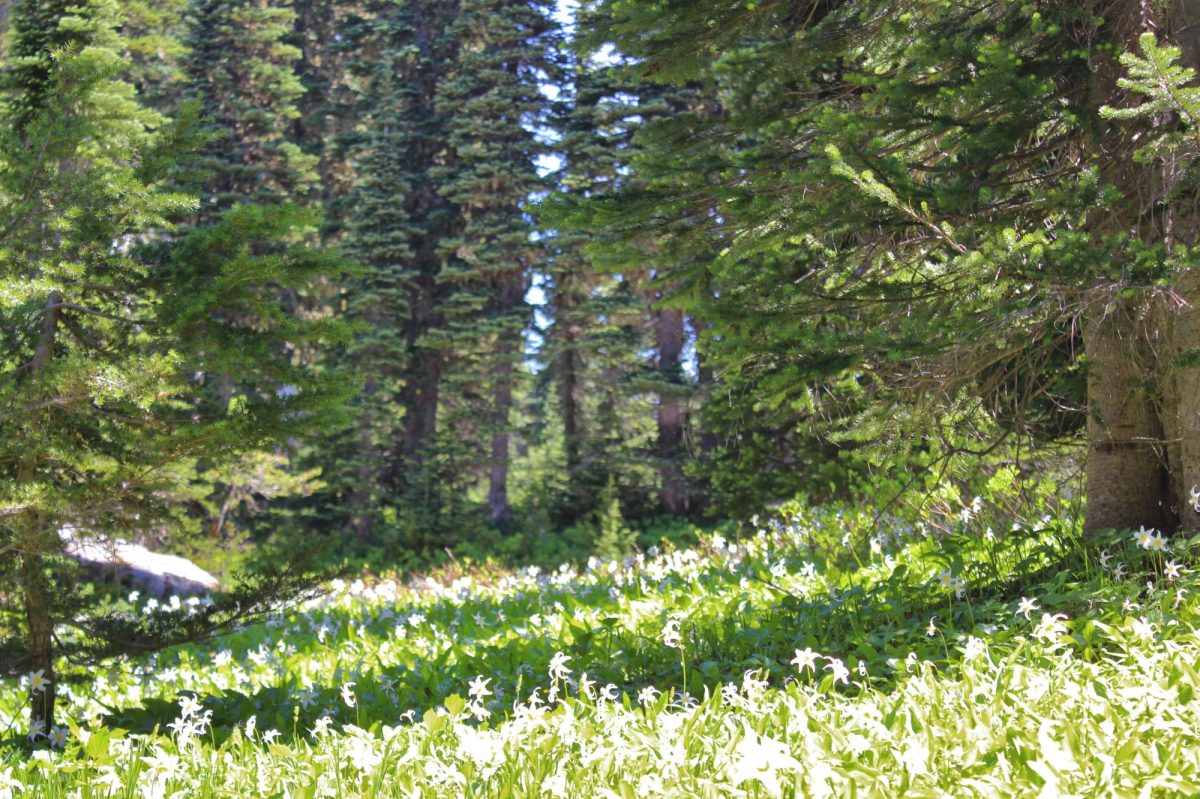 I’ve Got Two Tickets To Paradise

When Martha Longmire, the daughter-in-law of 19th century hotelier and hot springs developer James Longmire, first set eyes on the south slope of Mt. Rainier, she exclaimed, “Oh, what a paradise!” Apparently others shared her opinion, as Paradise—the site of the main park visitor center—has since become Mt. Rainier’s most popular destination. In winter, an average annual snowfall of 53.4 feet has led the National Park Service to declare Paradise “the snowiest place on Earth where snowfall is measured regularly.” But in late July and August, this winter sporting ground transforms into a colorful showcase of glacier lilies, magenta paintbrush, and broadleaf lupines.

Your day begins at one of the many trailheads near the Paradise Inn, the rustic lodge that has welcomed guests since 1916. For a short, family-friendly walk, try the one-mile Nisqually Vista Trail; more ambitious hikers should opt for the views of Myrtle Falls, the Nisqually Glacier, and the magnificent peak above them on the 5.5-mile Skyline Trail.

No Time To Wallow In The Longmire

In 1888, legendary naturalist and preservation advocate John Muir made his first ascent to the summit of Mt. Rainier, producing a written chronicle that proved instrumental in creating America’s fifth national park in 1899. During the expedition, Muir and his fellow climbers made their first camp at Longmire, now a visitor area that sits 12 memorable miles west of Paradise. Follow the Nisqually River for a relaxing sunset drive in that direction, stopping at every scenic pullout (especially Narada Falls, Ricksecker Point, and Christine Falls) along the way.

Some 5,600 years ago, Mt. Rainier stood even taller than it does today, at an elevation of nearly 16,000 feet. During a period of eruptive activity, a series of avalanches caused the summit and the northeast slope to collapse, creating a one-mile, horseshoe-shaped crater and a massive mudflow that traveled all the way to Puget Sound. Although the mountain has been dormant for more than a century, geologists point to the Osceola Mudflow as an example of its unpredictable, destructive power—especially for the hundreds of thousands of people who now reside on mudflow remains.

The Emmons Glacier—the largest glacier in the lower 48—has since filled the gap on Mt. Rainier’s northeast slope, and it’s a sight best enjoyed from Sunrise, the highest point in the park accessible by vehicle. And if you complete the 54-mile drive from Paradise before dawn, you’ll discover that sunrise at Sunrise is a spectacular scene.

Such an early start will also ensure your solitude on the Sunrise-area trails, which—like those near Paradise—promise a little something for everyone. The two-mile Silver Forest Trail and the 5.5-mile Sunrise Rim Trail are stellar options for families and light hikers, offering sweeping views of the Emmons Glacier. Distance hikers can follow the nine-mile trail to First, Second, and Third Burroughs Mountains, or trace the Sourdough Ridge Trail to the Mt. Fremont Lookout Trail, a 5.6-mile roundtrip journey to an old fire lookout with commanding views of the Cascades. 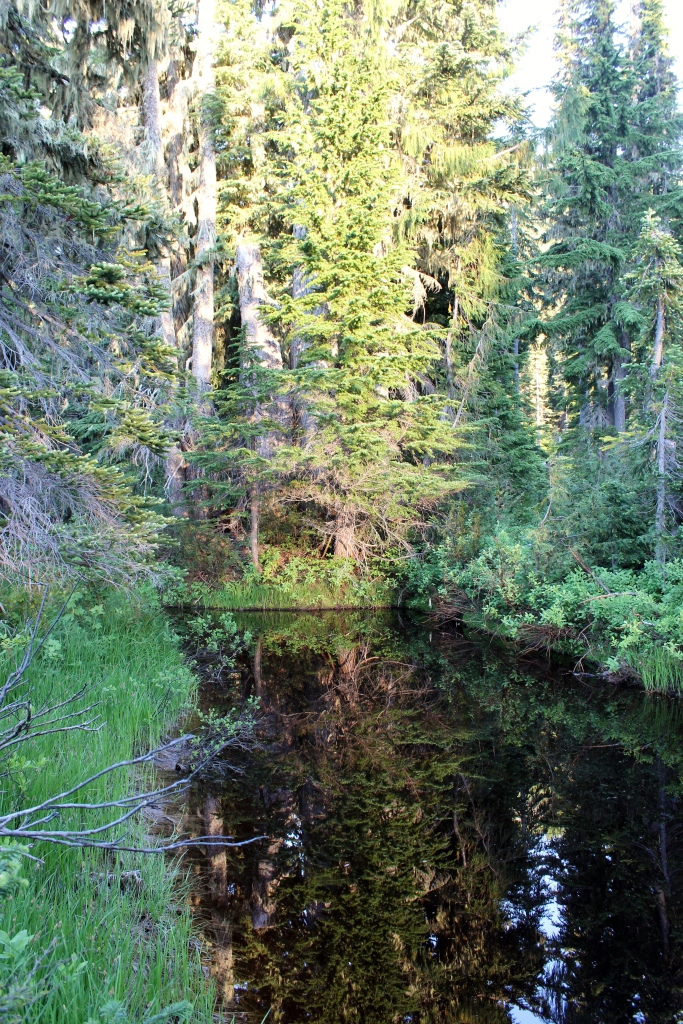 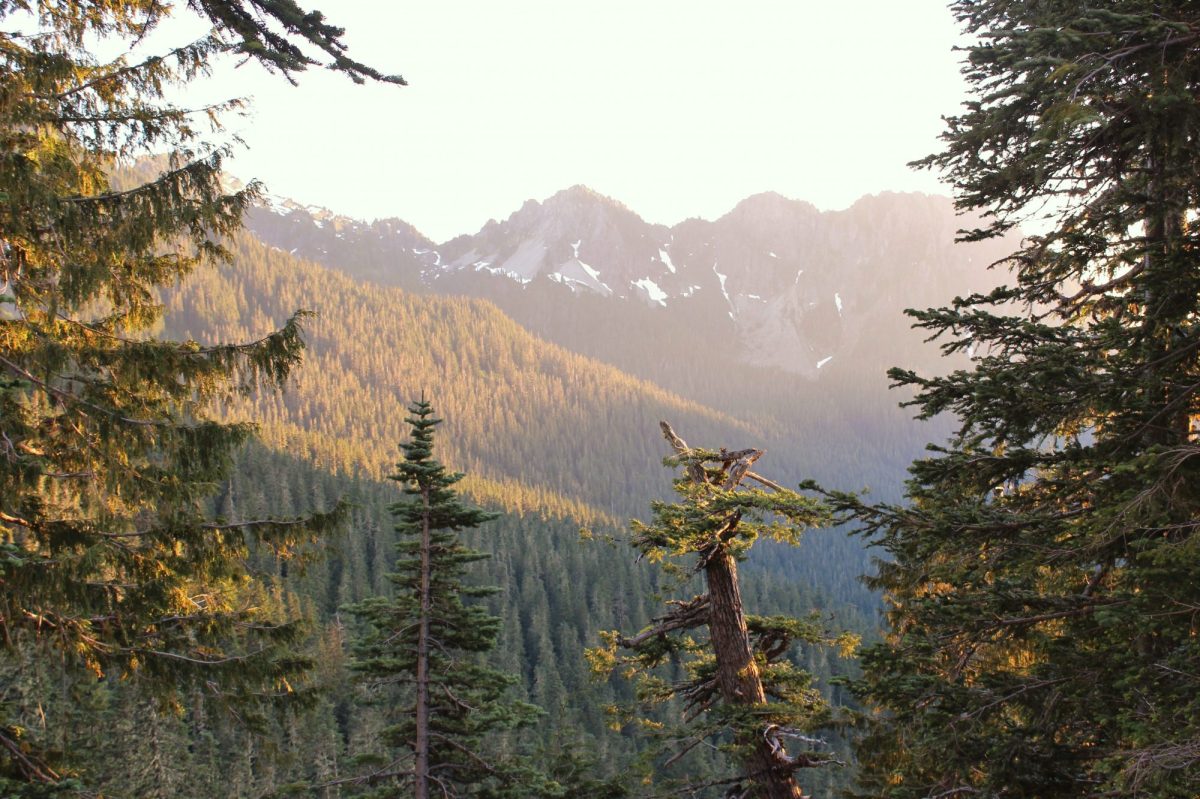 And I Saw My Reflection In The Snow-Covered Hills

Each morning at dawn, a flock of amateur and professional photographers gather to watch the sunrise at Reflection Lakes just below Paradise. It turns out they’re enjoying a glimpse of one of the most iconic views in the park—the summit of Mt. Rainier, bathed in early morning light, perfectly reflected in the still water below.

The Reflection Lakes parking area is also the launching point of the Lakes Trail, which, when combined with the High Lakes Trail, forms a tidy loop with views of the Tatoosh Range, Louise Lake, and the surrounding valley. More ambitious hikers should note that the Wonderland Trail—the 93-mile path that encircles Mt. Rainier—passes through Reflection Lakes as well, and is a lovely means of reaching Narada Falls to the west.

What’s Your Name? Who’s Your Daddy?

In a park full of majestic settings, the Grove of the Patriarchs still manages to stand alone. Although this 1.1-mile trail just inside the Stevens Canyon Entrance is modest in length, it leads hikers through a magnificent old-growth forest of Douglas firs, western hemlocks, and western red cedars, all on an island in the Ohanapecosh River. After crossing a small suspension foot bridge, you’ll walk among these giants—and end your weekend in the company of trees as old as 1,000 years.

With only two options for hotel accommodations within the park—the wonderfully rustic Paradise Inn and the smaller, 25-room National Park Inn at Longmire—the competition for a room can be fierce. Keep in mind that reservations fill up months in advance, and that the Paradise Inn closes between mid-October and mid-May. Another excellent option? One of the 173 campsites at the Cougar Rock Campground, which can be reserved up to six months in advance.

With its designation as a national park, Mt. Rainier has been protected for the future benefit and enjoyment of the people. Unfortunately, with that designation also came the curse of bad food. If you know what’s good for you, you’ll pack some picnic supplies—and plenty of them.